The Nature Of Sketchbooks

My use of sketchbooks began with a journal in high school. Journaling was a way to sort out and examine all the unexplainable actions and reactions that occur while coexisting in a building filled with hormone driven teenagers. Over the years my artwork and my journals have merged, resulting in sketchbooks filled with images that are maps through a world that still seems to be driven by questionable actions and reactions.
For a long time I used my sketchbooks as a kind of petridish, place to compose my thoughts and images, and then transfer that information to an outside medium such as painting or sculpture. Two things occur by doing this, first there is a shift from the reactionary thought process to the mechanical mind, a change from what do I think about this, to how do I reproduce this. Secondly, processing the imagery remove some of the personal baggage associated with that imagery. This makes the artwork more comfortable to display in public
The sketchbooks have a symbiotic relationship. I work in multiple sketchbooks at the same time. Some of them I have been reexamining and reworking for years. Others seem to fill up over night. All of them feed from each other to expose new possible relationships and directions.
There is a rawness inside the sketchbooks that is related to the subconscious grittiness of reactionary thought. Because of the imperfections and flaws associated with this rawness, the sketchbooks have always been held back from public viewing, but I have come to realize that this rawness also conveys an honesty and truth that is after all the foundation to all great art.
Posted by Brad Ford Smith 2 comments: Links to this post

A Museum in the Dark 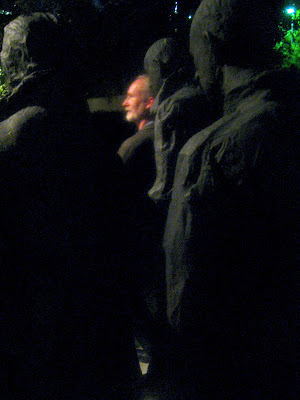 Segal and Me
Once a month the Nasher Sculpture Center stays open until midnight. They have all kinds of things happening after dark like movie screenings, live concerts, guided tours... 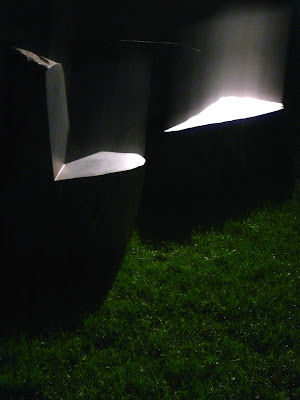 Burton Chairs in Moonlight
...But what I like best is that it gives me the opportunity to see some of my favorite sculptures literally in a new light. 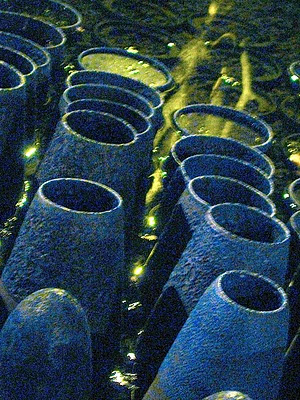 Night Time Boolean
Of course I just play at taking photos. The subdued lighting in the sculpture garden results in mostly blurry grainy images, but I like the way that shifts my perspective. 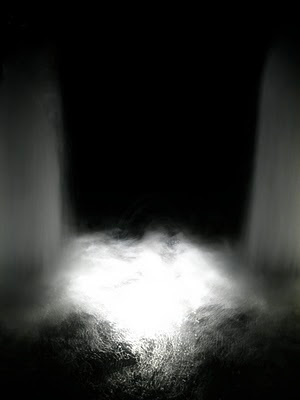 Water Works
There is also the James Turrel "Skyspace" which I didn't photograph. If you have never gazed up through that square hole at the night sky, you have miss out on a psychedelic experience.
Posted by Brad Ford Smith No comments: Links to this post


The Press Release for the show is finished and is being sent out to, well the Press. 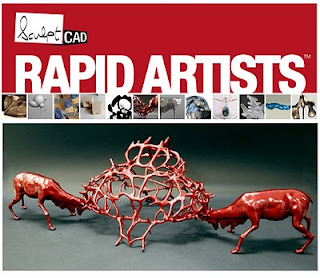 TEDxSMU is partnering with SculptCAD on the Dallas premier of the SculptCAD Rapid Artists sculpture exhibition. Twelve Dallas artists have diverged from their typical mediums to explore the boundaries between sculpture and the high tech world of 3D computer modeling. On display will be their final creations, each sculpture having been created and produced using ground-breaking 3D printing processes in materials ranging from bronze to plastic.


The exhibit will open at One Arts Plaza with an evening event co-produced by TEDxSMU and SculptCAD. Please join us for the exhibit and a TEDxSMU Salon with Nancy Hairston and a panel of artists involved in the SCRA project. Afterwards the artists will be available for one-on-one discussions about their sculptures, inspiration and the experience of working with 3D modeling technology.


Participating Artists:
Heather Gorham, Ginger Fox, Shawn Smith, Dave VanNess, Mark Grote, Jay Sullivan, Tom Lauerman, Albert Scherbarth, Heather Ezell, Brad Ford Smith, Shane Pennington and Nancy Hairston
About the SculptCAD Rapid Artists Program
The idea was to expose artists to something new, something they had never worked with and then see what would happen. SculptCAD Rapid Artists is an experimental project launched by Nancy Hairston, President of  SculptCAD, a leading provider of product design and rapid prototyping services. Dedicated to the creation of fine art, the project’s mission is for artists to explore and expand on the use of computer technology to design and produce sculpture. Experiencing freedoms from the constraints of physical media that digital processes can offer and investigating how that freedom would effect their work. SculptCAD Rapid Artists was founded in October 2009 and is based in Dallas, Texas. For more information about how SculptCAD Rapid Artists is changing perceptions of art in the physical world, visit http://www.sculptcadrapidartists.com.
About TEDxSMU
In the spirit of "ideas worth spreading," TED has created TEDx. TEDx is a program of local, self-organized events that bring people together to share a TED-like experience. Our event is called TEDxSMU, where x = independently organized TED event. At TEDxSMU, TEDTalks video and live speakers will combine to spark deep discussion and connection in a small group. The TED Conference provides general guidance for the TEDx program, but individual TEDx events, including ours, are self-organized.
Posted by Brad Ford Smith No comments: Links to this post

De Vinci in the Morning 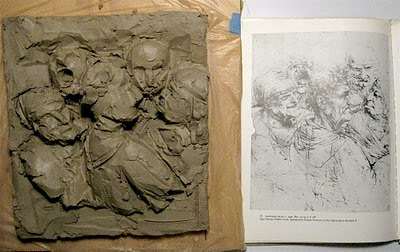 The De Vinci After Dark party at the Fort Worth Museum of Science and History was a big success. The museum was expecting to have a total head count for the event of about 400 people. They sold that many online by that morning. So the unofficial head count was around 600 people. (I'll have to confirm that).

In these times when museums and historical societies are suffering serious cash flow problems, it's great to be part of an event that turns out way better than expected.

As part of the, Show and Tell, I guess you would call it, I had a table in one of the activity rooms where I worked on a sculpture based on one of De Vinci's drawings of street people. As you can see from the photo above I didn't get very far, people really asked lots of questions, and then asked questions about the questions they just asked. I not only talked up De Vinci and the FWMSH, but also community collage art programs, Trinity Ceramic Supplies, the finer points of working in clay, and art conservation just to name a few. I'm a little bit horse this morning, but it was a blast.

They'll be doing it again at the end of September.
Posted by Brad Ford Smith 1 comment: Links to this post