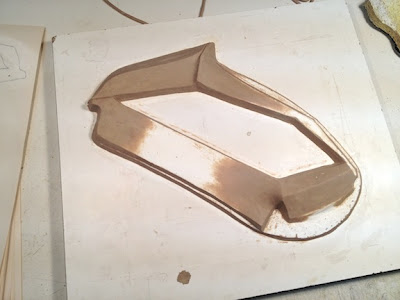 This post continues with our week long experiments with Li-Qua-Che. The photo above shows design model #2. The cork sub-straight has been gessoed and oil clay has been added to smooth out and build up the surface. 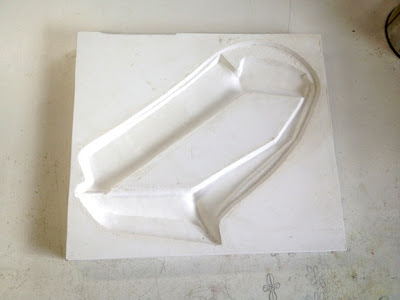 This is the plaster mold pulled from the above model. It has cured in the oven over night. The mold measures about 12" square. 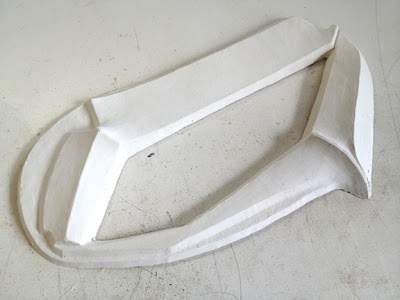 And here is the finished Li-Qua-Che casting. The Li-Qua-Che picks up every detail including scratches and finger prints. So make you model as smooth as possible, and then smooth the walls of the plaster mold as well.

There was some difficulty getting the casting out of the mold, but with the help of a small pallet knife, it finally came free. The real issue was that while the casting was sitting on the table curing, it began to sag and warp.

Summing up our experiments so far, this material is surprisingly strong, but it has size limitations. It will not hold its shape if casting a single sided tile over 10" in size. With that in mind we'll move onto designing two more projects; a smaller 8" tile, and an object that is similar in proportion to a doll head.

Here's a link to some more Li-Qua-Che tips at Konittajo's Playhouse.
Posted by Brad Ford Smith No comments: Links to this post 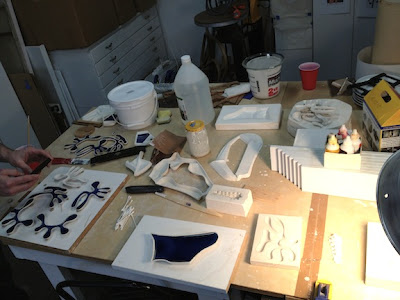 My good friend and fellow artist Kent Peaslee came down from Chicago to spend a week with me playing with Li-Qua-Che. It was like creating our own artists residency.

What is Li-Qua-Che? Basically it's a liquid paper mache that has been refined to the point that it looks more like porcelain slip. It's designed to make slip castings of things like doll heads.

During our week of investigation, we played with a lot of casting techniques, learning a lot and pushing the product to its limits. Over the next four BFS blog posts I'll be reviewing projects that focus on casting a tile from a one piece mold. 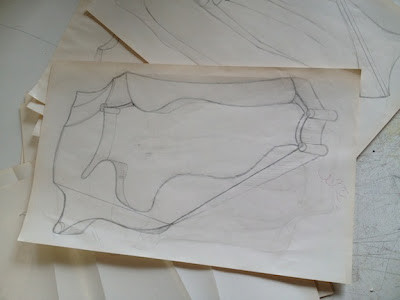 Our first project was to create an 8"x11" sculptural tile that incorporates an open space in the center of the tile. Above is the original design drawing. 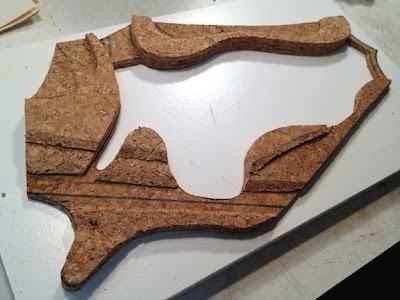 In this photo we are building the sub-straight for the tile using sheets of cork. We then covered the cork with oil clay and added some details. 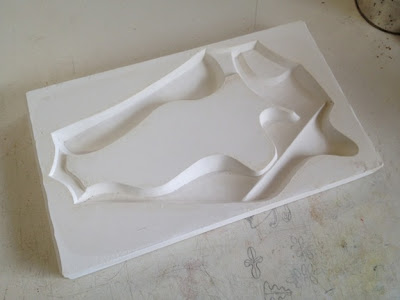 This is the plaster mold we pulled from the model. The mold was placed in a warm oven to speed the evaporation of the water from the plaster. Be careful doing this as the plaster will go through thermal shock if it gets too hot too quickly or cools down too fast. 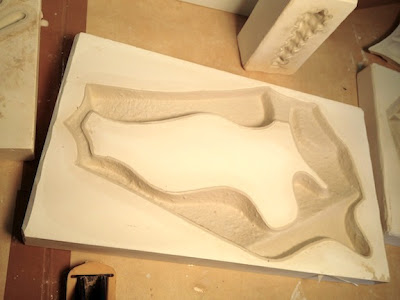 Now for some casting. Here the Li-Qua-Che has been poured into the mold. After waiting 8 minutes it was poured out of the mold. What remains is a 1/8" thick wall of Li-Qua-Che (The gray stuff). 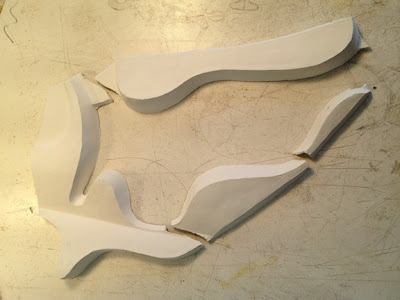 The Li-Qua-Che shrinks 4-7% as it dries. Just like slip casting with ceramic slip, it pulls away from the walls releasing itself. In theory, as long as there are not undercuts, the casting, after 30-60 minutes should just drop out of the mold. Unfortunately our design with the big open space in the middle of the tile created a large solid form that the Li-Qua-Che locked onto as it shrank. Getting it out of the mold caused cracks in the casting. After curing, the casting simply fell apart at the weakest structural points.

The Digitally Drunk In NYC 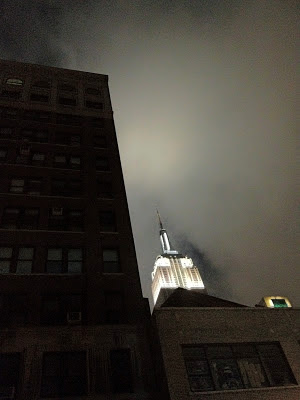 As I walked the streets of NYC back to the 80s, watching the young hipsters intoxicated on Jagermeister and cocaine, stumbling like helpless puppets into the on coming traffic, I was not surprised to find the late night streets of SoHo speckled with blood and teeth.

Today, texting is the preferred drug. In my latest visit to NYC, I saw people walking purposefully from point A to point B, never looking up from the palms of their hands. Its like watching some new religious cult who beleieve the world contained in the palms of their hands will protect them from the throbbing masses, bike messangers, and feed up taxi drivers. 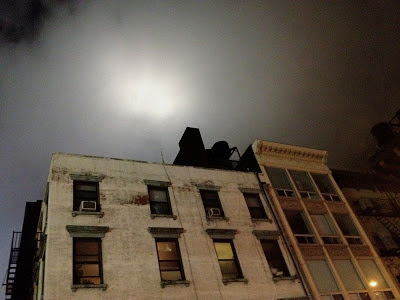 They are the digitally drunk. Obsessed with being in touch, on top, and so with it NOW that NOW is to late. 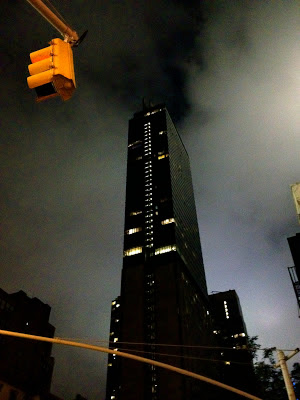 These photos are dedicated to them. Look up people. See the drama above your heads.

...And look both ways before crossing the street.